According to a recent report by “The Guardian” opioid overdose increased by one- third across the US in 14 months. It is affecting all the age groups and gender. The most rising opioid overdose epidemic is an alarm. The false use of opioid, illicit use of prescription opioid overdose killed nearly 64000 people. The misuse of the intravenous opioids is the reason of many infection and diseases. There are many health reasons degrading day by day with the use of opioids. These drugs are mostly pain relievers, heroin, etc.

Opioids gained popularity in the 1990’s; these drugs are prescription drugs to the patients who had undergone to cancer and surgery. The drugs like Morphine, hydrocodone, are commonly prescribed drugs. The illicitly manufactured drugs like heroin are the most widely available opioids. It was popular and costly drug in the 90’s. The People today has turned up to more synthetic drugs which are more lethal and life-threatening. According to CDC (centers for disease and prevention control), this is the wakeup call and an alarming situation to the fast-moving opioid epidemic. Heroin and synthetic fentanyl opioids are the most accountable for deaths due to overdose.

The opioid: Cause of disease, epidemic, and the socioeconomic impact

Most of the people who use intravenous drugs don’t use another needle which causes them disease like hepatitis and HIV and other bacterial infections which are fatal. It is reported that the needles and cookers used to mixed up the drugs sometimes develops and infected with the bacteria which enters into the body with the needles which are more fatal, the most common bacterial infection is endocarditis; the bacteria reached to the heart valve, causing lumps of bacteria to develop. There are many cases reported in the united states of endocarditis because of drug abuse and the use of infected needles. If caught early, this infection can be cleared with an intensive regimen of medication and antibiotics. But if get worse, the patients of the early age group 20 to 30 have lost their life. The cost of the surgery is very high nearly $1, 00,000.00 to $2, 00,000.

The other epidemic is The HIV (Human immunodeficiency virus). The disease is recognized as the fatal disease of the millennium. One of the most common modes of transmission of this disease is the use of infected needle which is common among drug addicts. The virus soon corrodes the human body and has taken many lives. The same happens with the disease like Hepatitis C, which is curable but lethal if left undiagnosed. There are other cases of neonatal abstinence syndrome which is increases four times from 2000 to 2012, according to The U.S opioid Epidemic

The potential rise of the infections among the US citizens because of drug overdose can be the cause of death and the homelessness; they are losing everything for drugs: home, family, and money.There is one more subsection of society indulged in drugs; the veterans of US. After coming from the front lines and war zones, they have scars and wounds of the war; To relieve from the mental agony and the pain they are drug addicts.

Are we creating a better society for our future generation?

The drug abuse was most infamous during the 1990’s. There are a lot of synthetic drugs that were developed for a good cause but soon turned for the evil cause. However, after the ban, these drugs were produced for the recreational purpose that made the generation drug addict. At present, drug addiction can be considered as one of the leading reason for the children’s in the foster home. The pregnant mothers are taking drugs which pass the symptoms to the unborn child. Many organizations have been working to develop a drug-free nation and a secure and fruitful future. 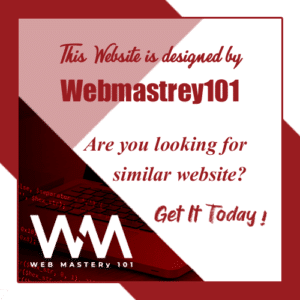 Welcome to the Teddy Bear Foundation

Let us help you make a difference in the world!

Serving those who have Served our Country in the Armed Forces who are now Thread Bear and Wearing Thin who STILL Stand For Freedom, much like this old tattered flag.Reclaiming Our Own Who Have Fallen Through the Cracks